Developer Robert Bokori: “At Genero I’m treated as an employee, but have all the freedom of a freelancer”

Rober Bokori works with Genero as a freelance WordPress Developer from Hungary. Freelancing offers him the opportunity to be fully part of his team while still enjoying the freedom of being his own boss.

Robert Bokori is a Hungarian family man and pizza enthusiast. You can often find him spending time with his family, enjoying EDM and watching formula one.

“I like gardening and growing my own tomatoes, because I love Italian food, especially pizza. I even order the flour directly from Italy, and I ferment the dough for days!”

But when Robert is not gardening or making pizzas, he’s a WordPress Developer guru. After graduating, he faced a few unpleasant experiences in traditional recruitment processes. So, he decided to take matters into his own hands and find another approach to his career as a developer.

“Programmers are always needed. I just started looking around for possibilities and began working on small projects I found on a freelancer portal. I’ve been doing that ever since.”

Robert started working with Genero as he found Genero posting about an open position on a Slack channel he was part of. “I only saw good opportunities on that channel”, Robert says. Needless to say, the team at Genero is beyond happy Robert found us and joined us as a freelancer.

Working as a freelancer comes with many benefits for Robert. For one, he gets to dictate his schedules freely.

“I like to sleep in and start around 10. I work for a couple of hours and then spend the evening with my family. When everyone is asleep I get most done as I can work uninterrupted! Sometimes I get eight hours worth of work done in half the time”, Robert laughs.

Not only can he dictate his own schedules, as a freelancer Robert never has to compromise his values. For Robert it’s all about uncompromised commitment to quality together with honesty.

“I never want to do low quality work just to finish early. And I always tell the truth. As a freelancer you have your own principles. You can tell your vision about working and you can stick to your own rules. With Genero our values match.”

According to Robert, freelancing also has some downsides. One of them being loneliness. However, ever since joining Genero, Robert has been able to have a new experience as a freelancer.

“Over the years, I’ve worked with companies from for example Australia, Hong Kong, the UK, Israel and Dubai, but never Finland. The first difference I noticed was how kind people were in the interview.”

The same experience continued with the team when Robert began. “I’ve never had that many introduction calls with team members. Everyone was very open from the start.”

Robert joins the team in daily and weekly meetings, not to forget the coffee breaks! He likes how well everything is organized and how he gets to focus on his own core uninterrupted.

“I think this is the first time I’m treated as an employee, while still having the freedom of a freelancer,” Robert sums up. 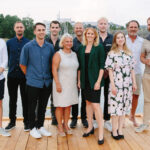 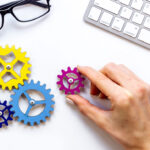